Virgo is often associated with the virgin Astraea (Star Maiden). She was the daughter of Zeus and Themis. For a while, Astraea lived on Earth and shared her ideas about justice with the mortals there. After a time, she felt that mankind had lost its capacity for high ideals, so Astraea returned to heaven and took her place among the stars, never to return The Virgo myth has it that the Egyptians acknowledge Virgo by the name Isis, meaning the Goddess of Fertility.

The Hebrew recognizes Virgo to be harvest abundance and name her as Bethulah. The Sumerians and the Babylonians recognize Virgo as Ishtar. Virgo was known to the Persians as Khosha meaning the ear of the wheat. For the Hindus Virgo is known as Kanya, the lovely daughter. Another associated myth is one about Asclepius the god of medicine and healing in ancient Greek mythology. He was the son of Apollo and Coronis. His mother was killed for being unfaithful to Apollo and was laid out on a funeral pyre to be consumed, but the unborn child was rescued from her womb. From this he received the name Asklepios "to cut open." Apollo carried the baby to the centaur Chiron who raised Asclepius and instructed him in the art of healing and hunting. 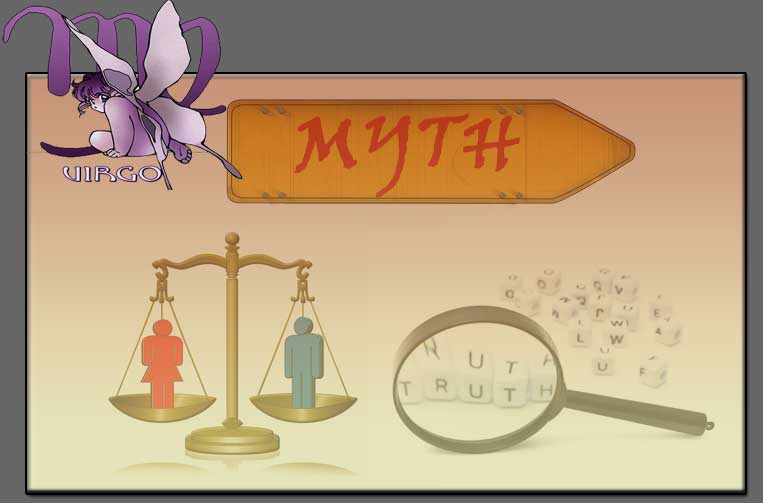